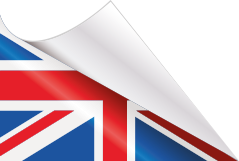 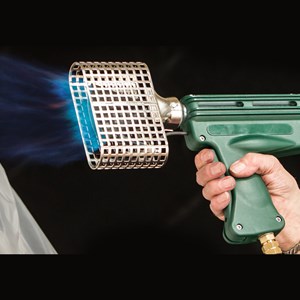 This is a question we all get asked at ShrinKit quite often in our out of work surroundings. You here people at the sports park or at the pub say “What is that” some people even believe that it shoots out the polythene like a spider’s web from the end of the gun.

Some people know it as a pallet gun, heat gun, shrink-wrap gun and propane gas gun. We call it a shrink gun which consists of a source of heat being provided by gas which uses a Piezo igniter for the spark, and uses the gas pressure to move the hot air along the barrel and a burner to direct this source of hot air. There are obviously other components within the shrink gun which assists with the operation, but Gas, Air and a Spark are the main elements.

It is the hot air that the shrink gun generates around the polythene film, not the flame itself that shrinks the polythene.

Shrink wrap is commonly found in the packaging of foods and other consumer items where they are fed along a conveyor belt into a tunnel, where hot air is blown over the items to shrink the polythene. There are a variety of machines on the market which can shrink wrap, but when the object is impracticable size or just to large then that’s when a hand held shrink gun comes into its own.

Please view “What Our Customers Say” to see the different industries using the ShrinKit heat gun.